Ofsted is looking for challenge for the most able, as sadly the brightest children are still often not meeting their potential. But how do you do this successfully? Although these children are grouped as the most able, they may have very different needs.

Andrew was in my very first class, a Year 1 class. He was a delightful boy and extremely bright. I spent the whole year knowing I was not meeting his needs but having no idea what to do with him; this was in the days before there was a National Curriculum! He was one on his own, he could read fluently and his maths was far beyond the things I was teaching the others.

The only thing he was less good at was writing and that was merely because he hated the actual physical effort of handwriting. I was spending every waking hour planning for the class but not planning for Andrew and there was no-one who could help me. I often wonder what happened to him and if he ever reached his considerable potential.

Now there is far more awareness and indeed, necessity, to cater for the needs of the most able child. In fact Ofsted currently has as its stated aim, looking for challenge for the most able, as sadly the brightest children are still, often not meeting their potential. This is especially true of secondary schools, but many primary schools are also guilty.

If you read multiple Ofsted reports you will see that failure to challenge the most able children is frequently an issue, in most subjects and across year groups:

“This year, our inspectors looked carefully at how schools were challenging their most able pupils. Further action for individual schools was recommended in a third of our inspection reports. The majority of recommendations related to improved teaching of this group of pupils. Inspectors called on schools to ensure that the most able pupils are being given challenging work that takes full account of their abilities.

Stretching the most able is a task for the whole school. It is important that schools promote a culture that supports the most able pupils to flourish, giving them opportunities to develop the skills needed by top universities and tracking their progress at every stage.”  Ofsted Annual Report 2013-14

In addition Ofsted stated that they would still be focusing on the challenge in the coming years in both secondary and primary, state and independent sectors (i.e. now) and the latest update shows that secondary schools are still not meeting the needs of the higher abilities in many cases. There has yet to be an update on primary achievement.

There are several factors that impact the progress of the more able:

Being a boy. The harsh truth is that gender plays a big part in success. Boys not only prefer different ways of learning to girls, with many teachers being women they also have few role models.

Martin* was a Year 1 child I taught, who was one of the most able. He did very well in Year 1 (I knew what I was doing by then!) so I was shocked and saddened to hear he was just considered a naughty boy when in the junior school. By the time he went to secondary school he was performing below average. What had happened? Well he was a little bit cheeky, which I always liked as he was never rude or unpleasant, but other teachers found it irritating. He also was a very active learner, he challenged with his questions and found sitting still quite hard. All of those things might have been taken as being disruptive, particularly as he moved up the school. All that sparky excitement for learning vanished.

So what could the teachers have done? Well they could have met his needs through giving him more creative ways of using his skills. For example rather than setting a question, instead give him the answer and ask him for the question e.g. the answer is 455 what is the question? Or the answer is King Alfred, what is the question? This allows a child, like Martin, to apply his skills through open ended work. It also allows him to ask questions in a constructive way, rather than being seen as challenging the teacher!

Meera* was a very bright Year 2 child. She was hard working and diligent, but also had that extra that put her ahead of most of the other children in the class. She began reading fluently and had been given harder and harder reading scheme books. Technically she could read the books but she was not interested in the contents, nor were they appropriate for her age. I started finding really nice picture books for her, the sort that have complex stories but pictures that add real value to the text and demand higher level thinking. Then she moved on to larger novels, but always selected with her age in mind. She never had to plough through a huge weighty tome that would take a term to read. She loved reading and she still does.

I do know what happened to her as she contacted me many years later. She had got into Cambridge to read law and she wanted me to know as she credited me with giving her a love of reading. All the research shows that reading for pleasure is a strong indicator of success and it certainly was in Meera’s case.

Teacher expectation. I remember being told when training that if you don’t expect something you won’t get it and this is particularly true when teaching. It is easy to miss a more able child, as they can do just enough to get by and hope not to be noticed. They are the most frustrating children as you have the sense they are capable of so much more, but it never seems to come out in their work.

Billy* was in Year 3. He had taken his time with reading and seemed to be an average pupil. He had never been seen as weak in any subject, but neither had he shone. One day his mother came into school, slightly embarrassed as she wanted the teachers to know something about Billy. She had started to notice him doing things at home she had no idea he could do and she wondered if the school had seen it too. They had actually just started to realise Billy might be hiding his true abilities, but even they were surprised at what his mother told them.

Billy was reading fluently, he was picking up any book he chose and reading with understanding and enjoyment. Almost overnight he had gone from ploughing through reading scheme texts to reading novels for much older children. He also seemed to understand maths, he could do ratio and addition of fractions and all sorts of things he had never actually been taught. When asked how he knew an answer he could not explain, he simply knew it. Whilst the school would have eventually realised, Billy’s mother coming in sped up the process immeasurably and everyone raised their expectations and Billy rose to meet them.

This highlights the fact that schools cannot just rely on test data. Some really bright children know exactly how to play the system and do just enough to get by, without ever really showing their true colours. A school needs to look at a child from all angles in order to identify those children who are very able and information from parents is just additional way of finding out more about a child.

Having really able children in your class is never easy but it can and should be so much fun for everyone. Just think of all that potential, the future is so bright for these children; and it is up to us to make sure it stays that way.

Specifically you may be interested in Developing the Role of the Gifted and Talented Co-ordinator or Challenging and Motivating More Able Pupils in the Primary Classroom.

*All names have been changed for confidentiality purposes.

More about Creative Education Trainer Jacqueline Harris
Jacqueline has worked in education over several decades. The majority of that time she was teaching in primary schools, most recently as a Deputy with particular responsibility for English. She has subsequently worked for a Local Authority on the CLLD (Communication, Language and Literacy Development) Programme and is currently a freelance trainer and consultant.

As well as working with a range schools she has just fulfilled her life-long ambition to get a book published: Write Your Own Book (DK), with another book about spelling due out in June 2016. 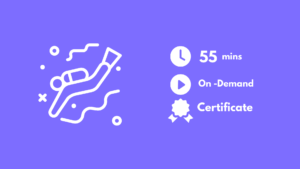 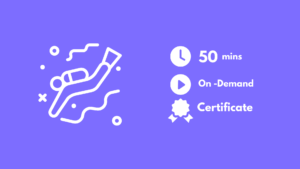